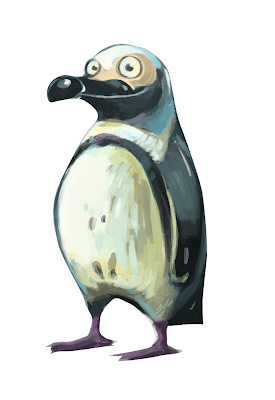 Hey there- Many many things are happening to me right now, both good and challenging. I'm now freelancing and having a hell of busy month, which is wonderful. But I walk with a permanent slouch and can't handle daylight. All that said, I'm truly excited about going into business on my own.
So, anytime you need a penguin painted- you know where I am.


Here's a test I directed for 'Adrenalin Lemmings', a project I created with Alex Orrelle of crew972. They came out of some rough sketches I drew about 4 years ago. I was trying to come up with something funny about koalas, but got distracted by drawing lemmings with crash helmets on in the background. So I thought it best to run with that, because koalas aren't exceptionally funny anyway.

The concept follows the activities of these four ambitious but idiotic lemmings as they use the urban jungle for their own perilous ends. It got picked up by a studio, and then got released back to crew972 again as their slate got cancelled. We're hoping somebody out there will give them a home before they explode.

The test was fun to shoot- we did it fast and dirty with a cheap camcorder, and a few health and safety infringments, hanging out of the side of the car.

Here a little vis-dev. They drive a modded lemming mobile- essentially an R/C car with the controller taped to the hood -I loved tamiya cars when I was a kid :) 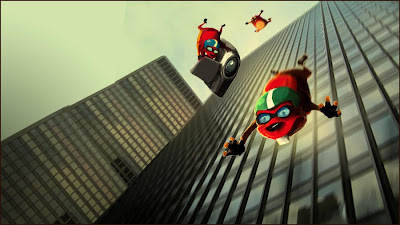 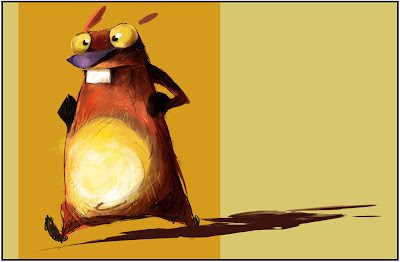