I've been developing a tv show here a Crew972 over the last year, and thought you might like a peek at the visual development. It's a knights and dragons-based slapstick social commentary.

Anyway, in terms of style: My catchphrase for the design style, for all the talented folks that I'll hopefully work with on this show, is 'funky medieval', -or Medifunk, or Funkieval. A quick google search tells me I might just have coined those last two. I'm hoping it will catch on, you know, like steampunk.

I took some visual reference from some gorgeous danish architecture, which despite not being medieval, were funky. It's all subjective.

-Filled a sketchbook with scratchy little drawings like this: 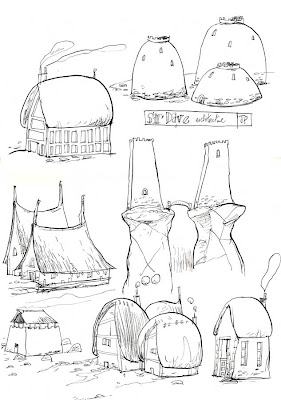 And then played around with colour in photoshop, 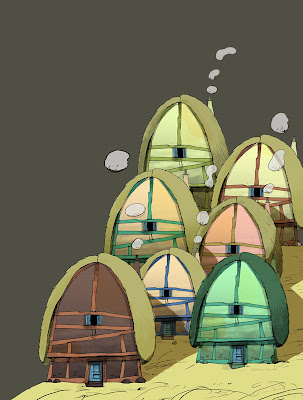 -followed it up with some very rough previs: 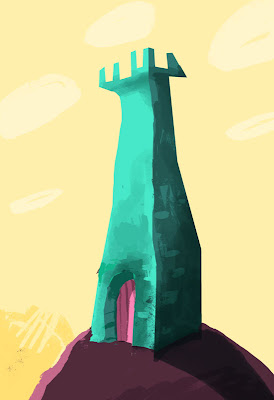 And then, bringing it all into CG, we mockup the look and feel, aiming for a graphic, textural look, that should in the end be the essence of Medifunk. 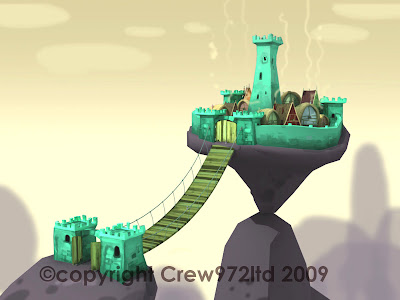 How's about a bit of pulp-inspired cutout animation?

I recently had the fun task of designing this little viral for Mysh Mashko, a pair of directors over here. The brief was to get a classic b movie low-fi look. We collaged and distressed and scuffed up a bunch of photos in photoshop, and all the animation was created in flash. A soaring, ambitious picture, I think you'll find. 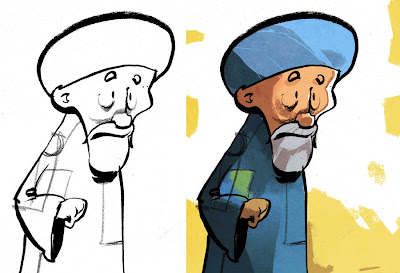