Check out some sketch doodly action 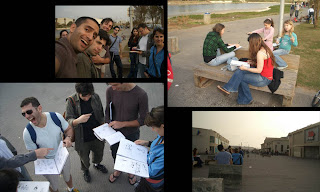 ...In smokin' Tel Aviv. we had a fun time and will continue to do so. See a few drawings from me and my erstwhile compadres here.
Posted by JP at 11:11 PM 1 comment: Links to this post 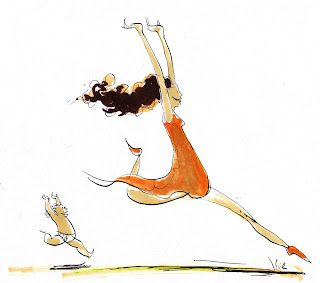 Goodbye to Keren Horesh-Begon, a dancer/animator who's leaving our studio to have her baby. She brings a great physical performer's eye to her stuff. Enjoy yourself Keren!
Posted by JP at 7:08 PM 2 comments: Links to this post 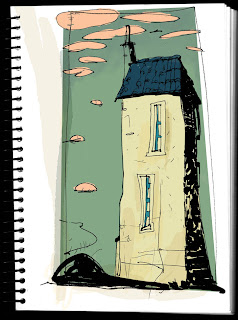 Love skinny houses. Bit of an animation cliche, I guess, but still- I love them . Amsterdam is architecture paradise for me.

Looking forward to tomorrow's Sketchcrawl in Tel Aviv, if you're in town and want to come, we're meeting at MaX Brenners in Tel Aviv marina at 4. See you there! Otherwise, have a great weekend.
Posted by JP at 11:30 AM 2 comments: Links to this post 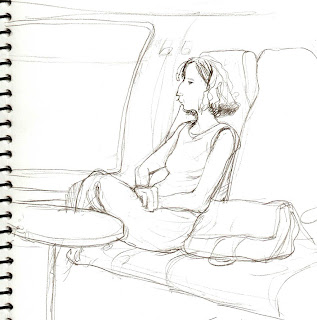 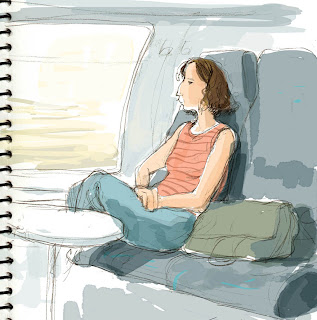 Sketched her on the ride home today. There was something very calm and balanced about her pose which I tried to catch. Got to work on my hands, as well the art of glancing and sketching, without looking like I'm checking people out. Tricky.
Posted by JP at 11:06 PM 1 comment: Links to this post

Loving bugs right now, and exploring watercolours. I had another painting to post, but that was trashed by my two year old. As well as the carpet. 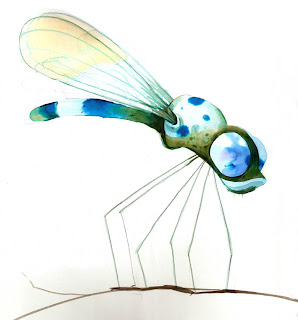 I once worked in a theatre where two directors called a particularly annoying intern 'Polo neck', -on account of his pretentious black polo neck wearing, all the time. 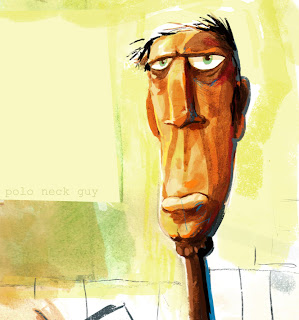 We've been cutting loose and getting away from our computers with a little puppetry lately. We decided to make a psychological thriller, so some of the crew have been trawling the streets for foam and fabric to be reincarnated as our characters, and we spent some late nights putting them together. Today is a holiday day here, so we made it a day of filming.

We discovered that puppetry is very difficult. 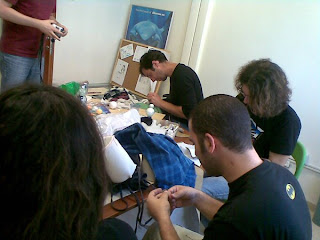 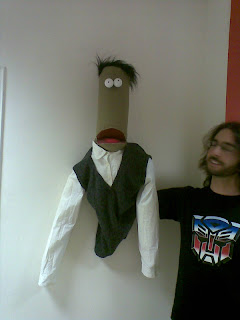 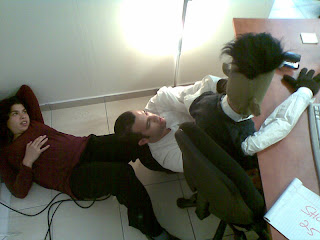 Getting in awkward positions. 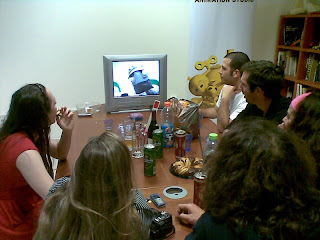 Watching the rushes with a beer at the end of the day. thanks Doron for the pics!
Posted by JP at 10:25 PM 1 comment: Links to this post

Ah, paint. Real paint. The stuff that stinks, that your 2 year old wipes on the carpet (amongst other stuff). My entrance hall is a large expanse of concretey nothingness, now enlivened by this snail. Like I said, I'm painting bugs, but I switched from acrylics to oils (mainly because I love the stink) for the next painting, a dragonfly, and it's turning out CRAP.

Will post when I've wrestled it into submission. I think I bought some defect paint. That's it.

In the meantime, here's the snail, and the Photoshop preliminary sketch, that l0oks nothing like it. 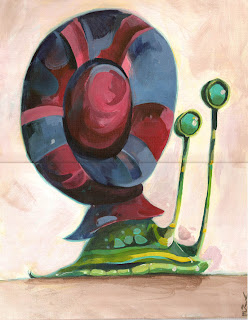 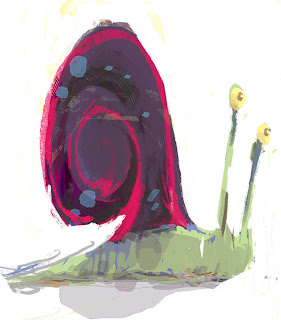 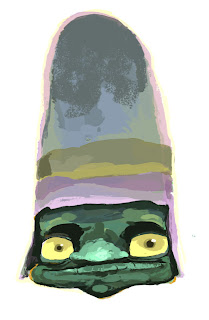 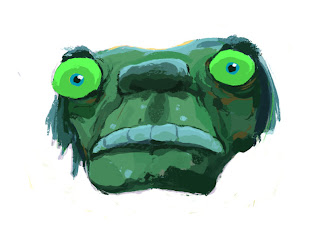 These are two more guys from that earlier sketch. I've got to start working on drawing bodies...
Posted by JP at 11:32 AM No comments: Links to this post 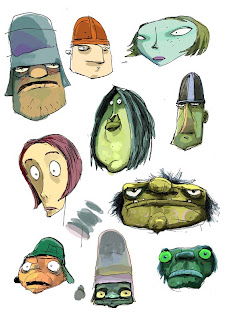 Can't get enough of drawing heads. you can see how the ogre from the last post started off...These are an assortment of characters for an project I'm cooking with the crew here. I like to scan pen and ink lines, fill-em up with paint, and see where it takes me. Sometimes I get to the point where the drawing looks better without the black lines, and it becomes a painting.
Posted by JP at 11:24 AM No comments: Links to this post 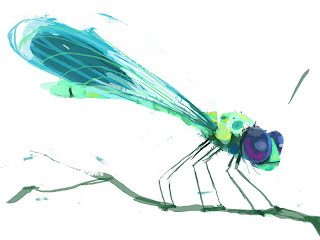 In an attempt to do up my very block-like apartment, I'm doing some paintings. I started with a snail, which I think is going to lead to a series of Bugs...my son requested a dragonfly for the next one.

This is the preliminary sketch, will post the final oil painting when it's done!
Posted by JP at 10:15 PM No comments: Links to this post 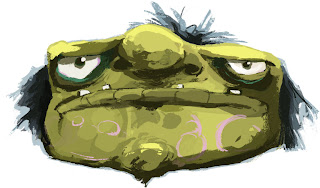 Ugly, ugly, ugly. Fun.
More experiments in painting technique. I started with a bunch of transparent layers of colour before slapping on 100% opaque colour. Liking the solid -ness.
Posted by JP at 4:56 PM No comments: Links to this post